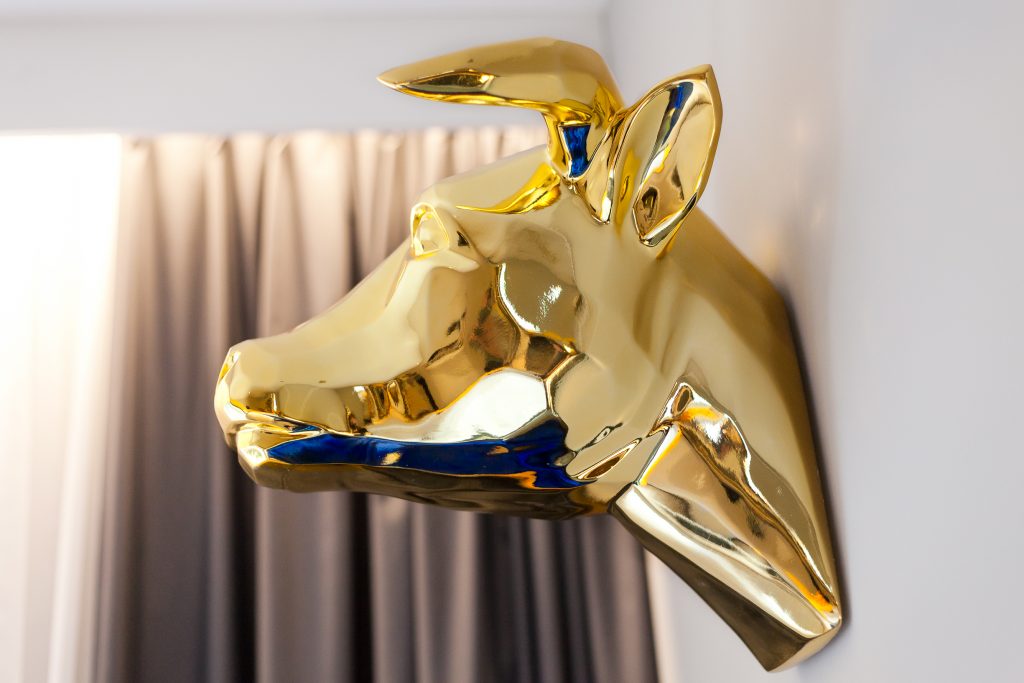 Did you ever see golden cows? WARA realized the decorations of hotel NIU Dairy in Haarlem. The building used to be an old dairy factory, formerly known as De Sierkan 2019. This historical element is the source of inspiration for the name of the hotel, but also for the decorations. Because of the proximity of pop venue De Patronaat, the musical theme also plays an important part in the concept. Apart from framing old LPs, we also produced colorful wallpaper which we used to decorate halls, toilets and other public areas 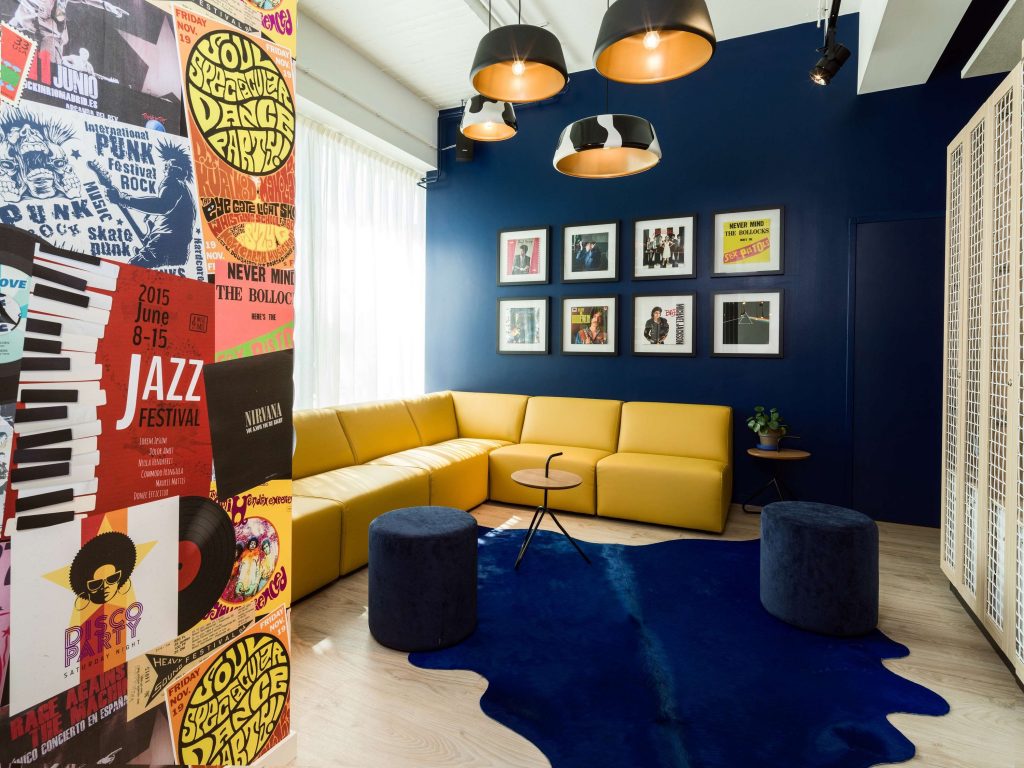 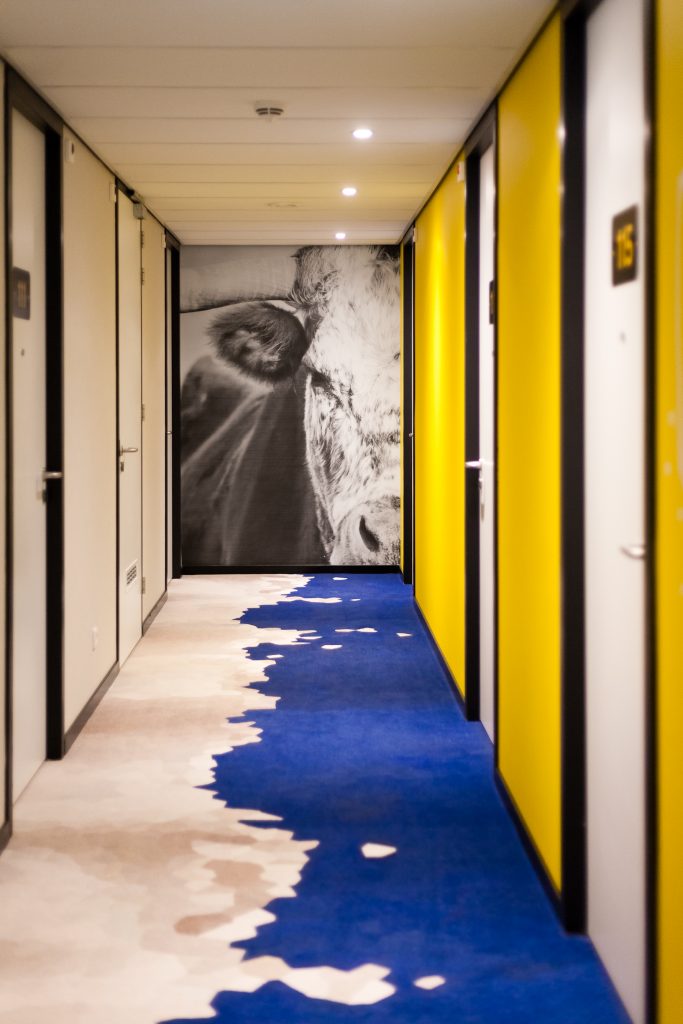